The polish is one of the most beautiful of ornamental chicken breeds. The most distinctive feature of the breed is large crest of feathers on the head that resembles a chrysanthemum flower in shape. 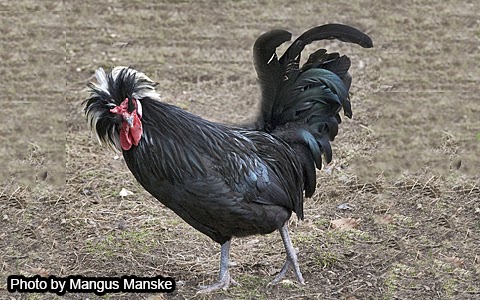 Birds that meet the standard of perfection will have a crest that completely covers the comb. This crest derives from a large bony protrusion on the top of the breeds head that is found only in crested breeds such as the Polish, Crevecouer, and Houdan chickens.


Polish come in a very wide variety of colors and some sport contrasting crest and body plumage that makes them particularly striking. The APA recognizes the following varieties: 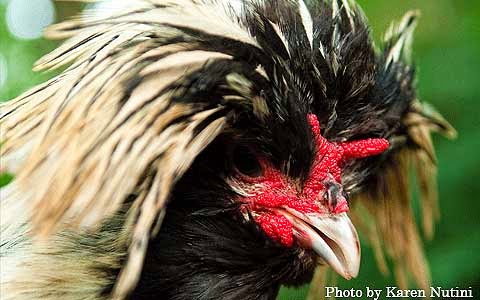 While the breed is quite old, it's origins are unclear and there is actually no hard evidence to suggest that it comes from Poland or anywhere else in Eastern Europe. In middle Dutch, a Germanic language spoken during the middle ages, the word "Pol" means head and this seems like the most reasonable origin of the breed's name.

While beautiful, the crest of feathers has practical consequences for those considering adding the breed to their flocks.  The crest limits the birds ability to see. As a result, Polish chickens are more vulnerable to attack from predators and can also be injured by other chickens who have an advantage over them during squabbles.

Owners interested in showing their birds in competitions should limit outdoor play time to days when there's no rain in the forecast. 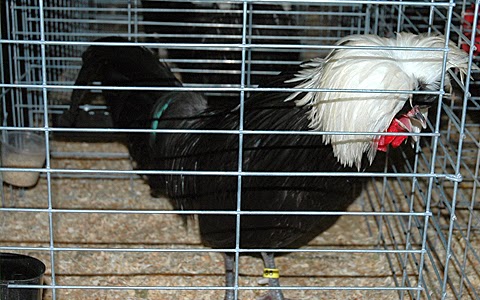