Last week, we learned of a dish called "Scotch Eggs" and thought we'd give them a try.

Scotch eggs are boiled eggs that have been wrapped in sausage, breaded and deep fried.  What's not to like about that!

We found a traditional recipe on the bonappetit.com which you can find here: Scotch Egg Recipe

However, since we were eating these for dinner we decided to make a few substitutions...... 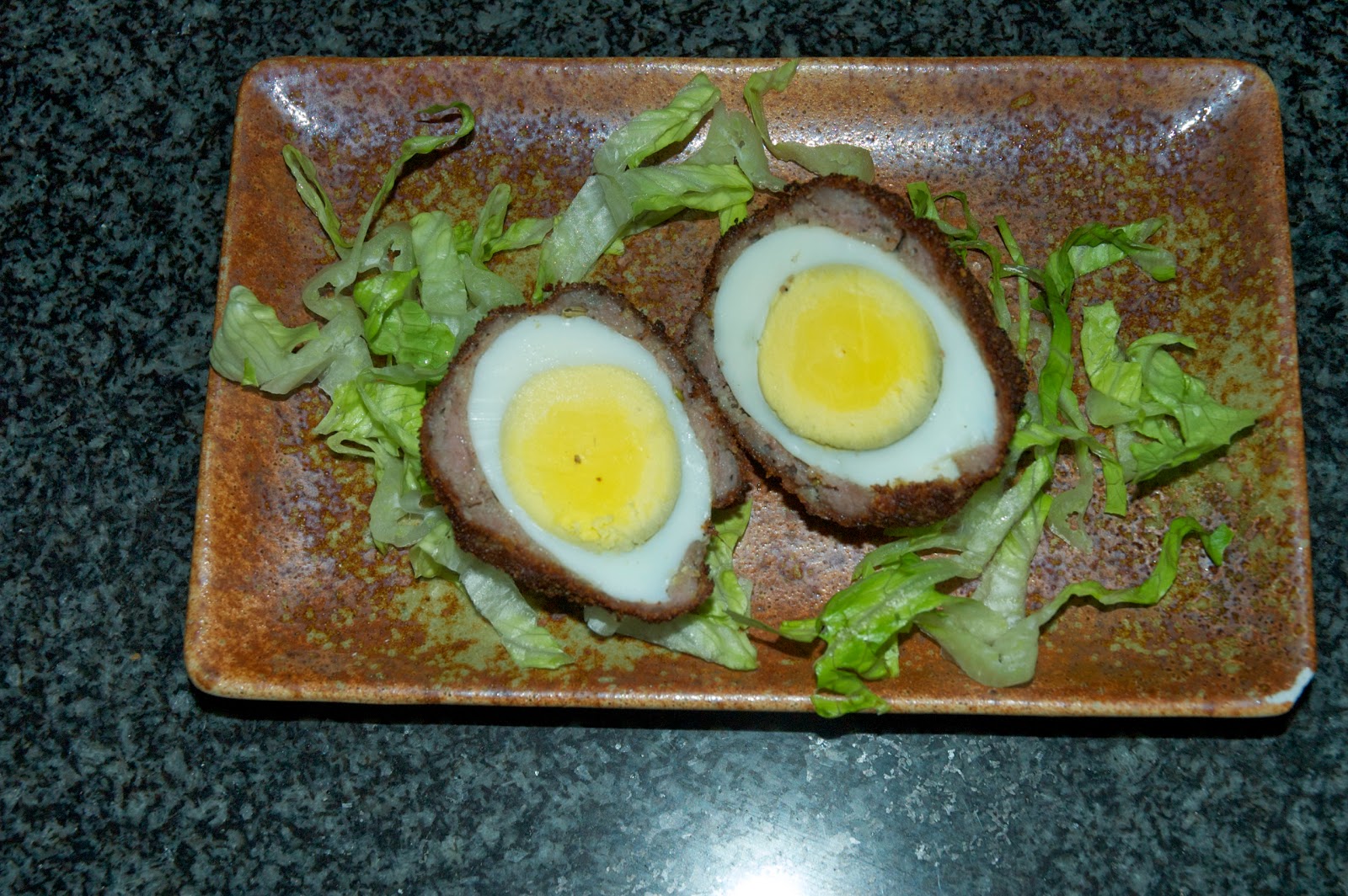 There was a good bit of work involved in making scotch eggs so it's only worth the effort if the taste experience justifies the effort.

In our opinion Scotch Eggs are good, but not a sublime experience. Frankly, we think Eggs Benedict are tastier.

However, we would make Scotch Eggs again for the following reason......

Once made they can be kept in the refrigerator for several days and re-heated. So making them is initially time consuming, but if you make a bunch ahead of time Scotch Eggs make a fast and tasty meal.

As one reader pointed out on our Facebook page, they are also great when entertaining folks watching the game.  We agree!

Bottom Line: worth trying to see if you like them. If you do, make plenty so you have leftovers.